It has been a long time that Magali & François have planned to ride in the Pyrénées Orientales. “Last year, during the first lockdown we spent a lot of time drawing tracks in different places,” Magali says. Cycling was still restricted in France, should look for elsewhere… Some preparation on printed maps or on the computer screen… Promises of outdoor adventures await which is what they were craving for. It has been a while.

“Riding in the Pyrenees is amazing!” Magali says. There are great climbs like in the Alps but the roads are narrow, mostly less crowded and lots of secret passes. “There, you can feel a real sense of freedom and quietness.”

They are from Arles, located in the South of France, so reaching the east of the Pyrenees is easy by train despite being a bit long. October is a nice time because it’s a really nice season in the south and if the sun shows itself, will be outstanding with the brown to yellow colours of the surroundings and the low light of late autumn which offers us a theatre with its light and shadow play.

Together, Magali & François decided on a 3 days break in the East Pyrenees so they took the train to Perpignan first, then another one to Vernet-les-Bains. This train station is going to be their starting line the next day.

Sleeping in a cheap room for therapy clients, having dinner in the only restaurant still open, and climbing the next morning after a coffee at the bar… They climbed first via road on the Col du Mantet to reach the top then continued with gravel paths. “The forecast was just perfect with fresh air, sunny light making the autumn colours of the surroundings glow,” states François.

Despite some nasty gradient, the climb of the Col du Mantet was just perfect, with no wind, no cars and lots of views of the mountain range. After a quick lunch at the top with ham sandwiches made by the bartender, they headed into a gravel path.

“8bar Mitte 2IN1 V3 is lighter, faster and comfortable in all conditions.”

Going from pavement to off-road was quite comfortable with the 8bar Mitte V3 and700x42 tubeless tires. They bypassed the mountain by a forest path then climbed again on the rocky crest with outstanding views on the Mont Canigou. The immense and mesmerizing view of the Valley at the summit was a well-deserved gift after a long climb. Even though the descent was a bit nasty at the beginning they still had a lot of fun and enjoyed the smooth gravel hairpins all along…

Magali says that it was a nice opportunity for her to challenge François on her 8bar Mitte V3. She felt that I was lighter, faster, and at the same time very comfortable!

Then, later on, they arrived at a little fortified village, close to the spanish boarder, called Prads de Mollo. Nice hotel, tasty dinner was all they need after solid ride all day. The Pyrenees in this season, at the end of October, is certainly a really quiet place!

Silence accompanies the beauty of the mountains. The next morning started with climbing again. First on the tarmac, heading to Spain on the beautiful col d’Ares. Some cows, then electric mountain bikers with a big overcoat as they were getting warmer with the climb despite the wind. They left the road 2 kilometres before the summit and reached a forest path. During this day, they could enjoy the playfulness of gravel bikes on rocky paths, forest trails full of dead leaves (and apparently of wild boars), unpaved roads and a secluded village.

“For a first bike journey with my 8bar Mitte V3 2in1, I am amazed by its versatility.”

After Coustouges, now they are in Spain on a large road witnessing some differences between the two countries: Spain’s Pyrenees are almost always sunnier than the French side, and as they rode towards the east, it was possible to find again the familiar smell of Mediterranean plantation with cork oak trees, arbutus, and thyme. “Riding in Spain was really pleasant as the car drivers were so much careful about cyclists than French ones,” says François, and continues: “We had an amazing short climb to join La Vajol with really nasty percents then we climbed to join back France by a little village called Las Illas.” Once reaching the summit and also the border, they found out that it was a dead end. A while ago, France and Spain disagreed on the creation of the road and the French part is an unpaved path closed by big rocks to prevent cars to follow it. “Fortunately, it’s passable by gravel bikes and we joined our guesthouse for the night by this hidden path.”

The next day was the last day of the adventure but also kind of a rest day. Their only plan was to arrive to share lunch with a friend living there and catch a train back home in the afternoon in Perpignan.

After a nice sleep in, they decided to give it a go for a little bit of climbing to reach Céret’s heights. Sunday morning was quiet and foggy. They continued riding and then decided to take a private path in the forest despite the warning signs at the entrance. Passing through cow pats, the owner of the area appeared while driving his jeep, angry to see cyclists at his private lands. He let them finish the descent grumblingly. They joined a paved road, apparently on an also private area. It was time time to speed up more as they heard voices and barks in the forest. Sunday in France is a busy day for hunters.

“Let’s get out of here without any trouble!”

After a visit to a photo gallery of their friend in Céret – highly advised to visit – re-joining Perpignan was easy as they followed a straight and flat cycling road until the train station.

Three days of riding, a lot of memories and beautiful scenery. Maybe it was a quick break to have the feeling of “dépaysement”, the feeling to take a true break from the routine and escape from familiar surroundings. No need to go far or fast. Maybe it’s just about taking time to breathe, feel and contemplate.

Two days after being back home, it snowed in the Pyrenees area they rode. Winter came to the mountains where they were cycling through. “It put a smile on our faces,” they said.

You can find the route at 8bar collections on #komoot. Photos: Magali Paulin & François Deladerrière 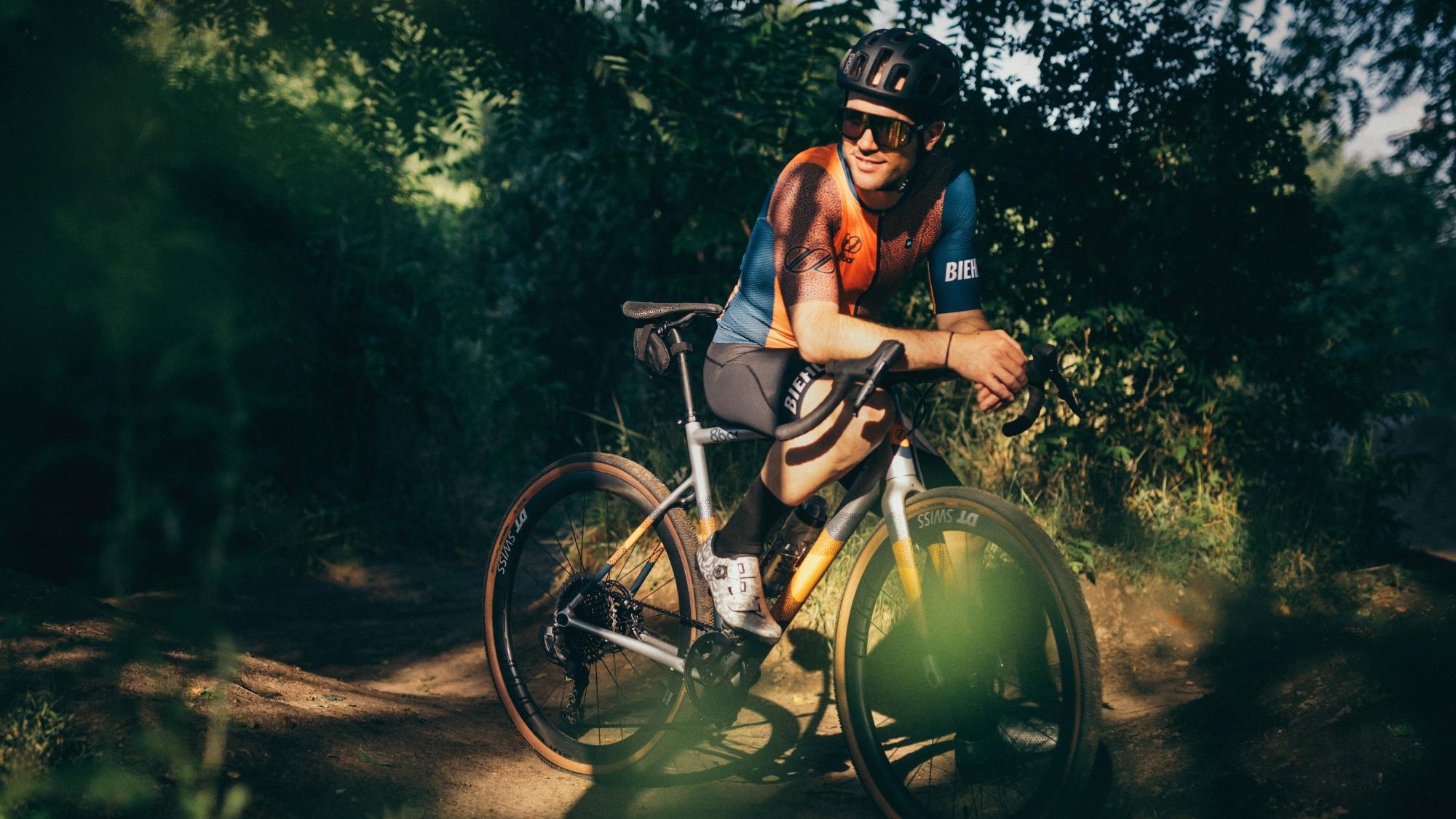 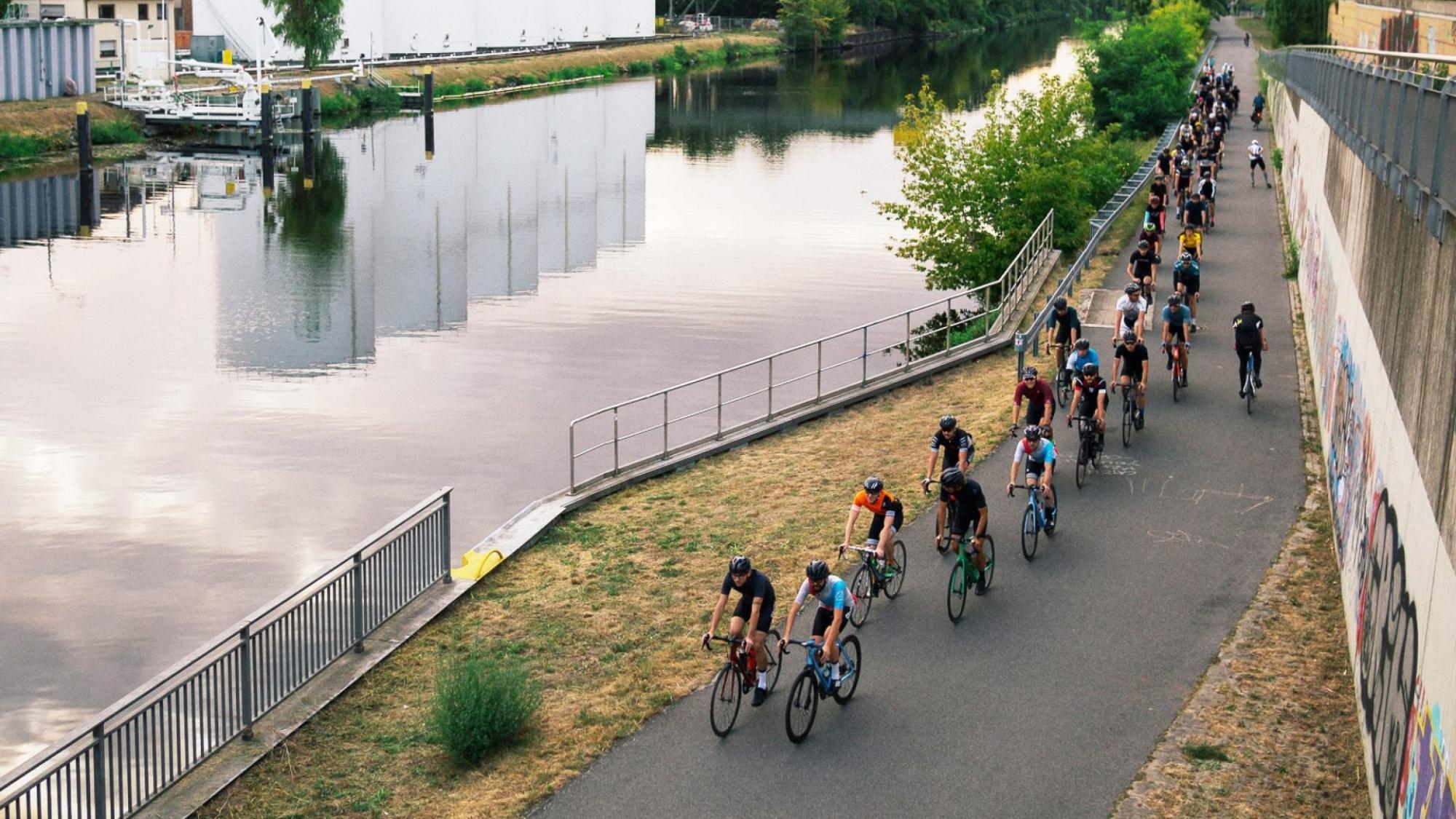