Juliane takes us on a journey with her team Kompass:

Team compass on the trail of the triangle

It was 8bar Pathfinder day: We were standing in the middle of the forest when the still visible part of the path suddenly ended. Uncertain, we looked around? Where do we go now? The only recognizable path led in the direction we had just come from. But turning back? That was not an option at first. That looked like a kind of hiking trail back there, didn’t it? But the line on the navigation device was further west. Should we dare anyway? Two of our group members had a compact Wahoo navigation device attached to the handlebars. They were supposed to help us find the right route to get to the first checkpoint of the day. But there was a problem: there were no maps on the device. We only followed one line, a triangle, which showed our daily route as the crow flies. But no place names or streets were displayed, which could give us a hint. We had to find our own way and it wasn’t always straight. We got on the gravelbikes again and fought our way through the thick, rustling leaves. It became more hilly, more confusing. Branches got stuck in the spokes and rear derailleur. Some trunks were too big to ride over. We got off and finally pushed and lifted from time to time our broad tired bicycles over an obstacle.

Through the middle of the Müritz National Park

Around us, narrow trees rose to the sky, standing close to each other. Their tall crowns provided pleasant shade in the already increasing heat of the day. But in many places bright rays of sunlight broke through the loose canopy of leaves and created small islands of light on the lush green, soft moss. It cracked and rushed as we took a way along the almost imaginary path in the undergrowth. Suddenly a surprised outcry! In front of us some deer ran through the trees. We stopped in delight and watched as the animals finally disappeared again between the trees. We were in the middle of the Müritz National Park on the Mecklenburg Lake District. The beauty of this often lonely spot in the far north of Germany is shown by many little things. But the endless number of clear lakes, dense forests and wide meadows are especially memorable. The perfect region for an extensive adventure with the gravelbike!

In early August 2019, 8bar invited to the first Pathfinder Gravel x Road in Berlin. Three days of cross-country adventure in Brandenburg and Mecklenburg Vorpommern were on the agenda. We started on Friday morning at the 8bar bikes showroom in Berlin Kreuzberg. Here we could drop off our weekend luggage, which was then transported directly to the checkpoints and the basecamp. Great, because we could start easily loaded into the 8bar adventure. We also took along an extensive goodie bag with numerous practical accessories: among others from Ortlieb, deliveroo, Berliner Pilsner, Wahoo, Schwalbe and 8bar! The start was in teams of 3-5 people, who had either registered together in advance or were mixed together according to their route preference. The participants could choose different route lengths on all three days.

The finish on Friday was a camping site not far from Neustrelitz, where the 8bar Pathfinder teams could use a complete meadow alone. The weather promised to be summerly warm. Fortunately there are numerous bathing lakes in the region. One of them was only a few meters away from the basecamp and invited for refreshment – in the morning to wake up and in the evening after a long day on the bike. Perfect conditions for a relaxed and exciting weekend on the bike.

In order to get a feeling and understanding for the route leading on the Pathfinder day, the participants of the 8bar Pathfinder were allowed to practice on the last kilometers on Friday. For the 8bar Pathfinder – Lite version the own navigation devices with maps could be used. The teams had to find their way to the basecamp with the help of the shown air-line. Through dense forests, past clean lakes and with a glimpse of the finest Mecklenburg sand and gravel roads, all teams mastered this first small challenge without any major problems.

The main event took place on Saturday and started from the basecamp. There were a few rules that should be followed and made the day more exciting. The Rules: Only the provided navigation devices were allowed to be used, no personal ones. But it was allowed to check local maps on the way – and luckily there are enough of them in the Müritz National Park. These could then also be drawn off, which we did in detail after our first odyssey through the forest on 8bar Pathfinder Day. The checkpoints had to be approached and small tasks waited there for the teams.

The route quality could not have been more varied. Finest asphalt, rough gravel roads, soft forest paths and demanding sand stretches provided plenty of variety. Especially the longer, often quite deep sand passages demanded a lot of patience and riding skills. But the beautiful scenery of the Mecklenburg Lake District and the flowing trails, which led both Saturday and Sunday to one or the other Jauchzer, compensated a bumpy stage for many.

Team Kompass finally found the right way on 8bar Pathfinder day. Checkpoint A was reached with delay and when we arrived at Checkpoint B, we were already expected by team Campfire. Even though the day included a small team competition that distinguished the fastest team as well as the one with the shortest distance ridden, we decided to make our way to the base camp together. Everyone agreed: The special thing about this 8bar Pathfinder weekend was not only the nature and the great tracks, but above all the team experience. Because cycling together is the most beautiful thing.

In the evening the 8bar team treated the participants with freshly cooked (vegetarian/vegan) meals and cold beer from Berliner Pilsner – directly from the specially brought fridge. Many of the participants sat at the campfire until deep into the night, exchanged experiences and reviewed the eventful day. On Sunday, after breakfast, we returned to Berlin in small groups on equally varied paths. The perfect conclusion for a successful bicycle weekend off the beaten track! Btw. this is how it looks like when many different teams try to find their way following a line as the crow flies: 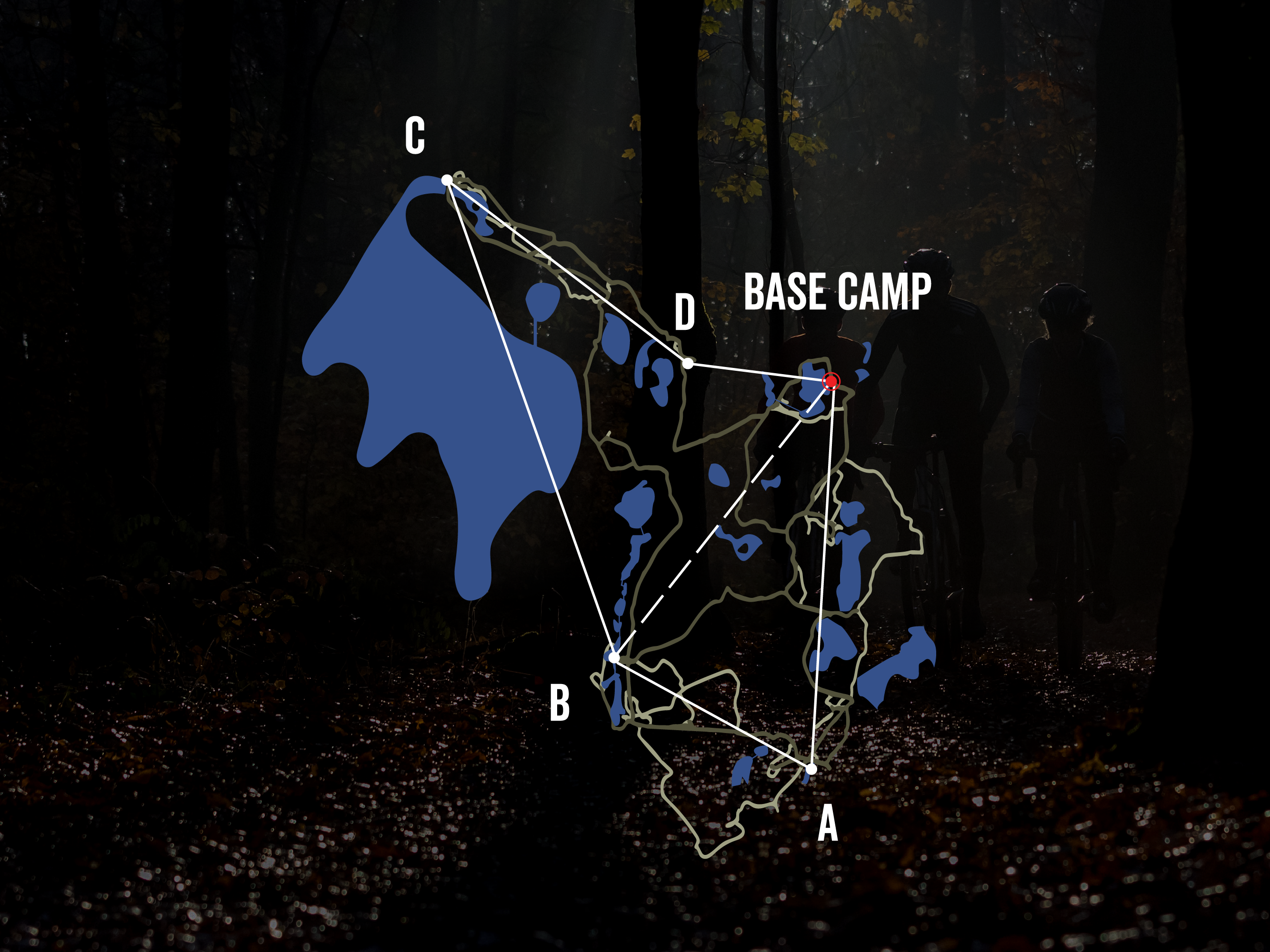 All pics by Stefan Haehnel! 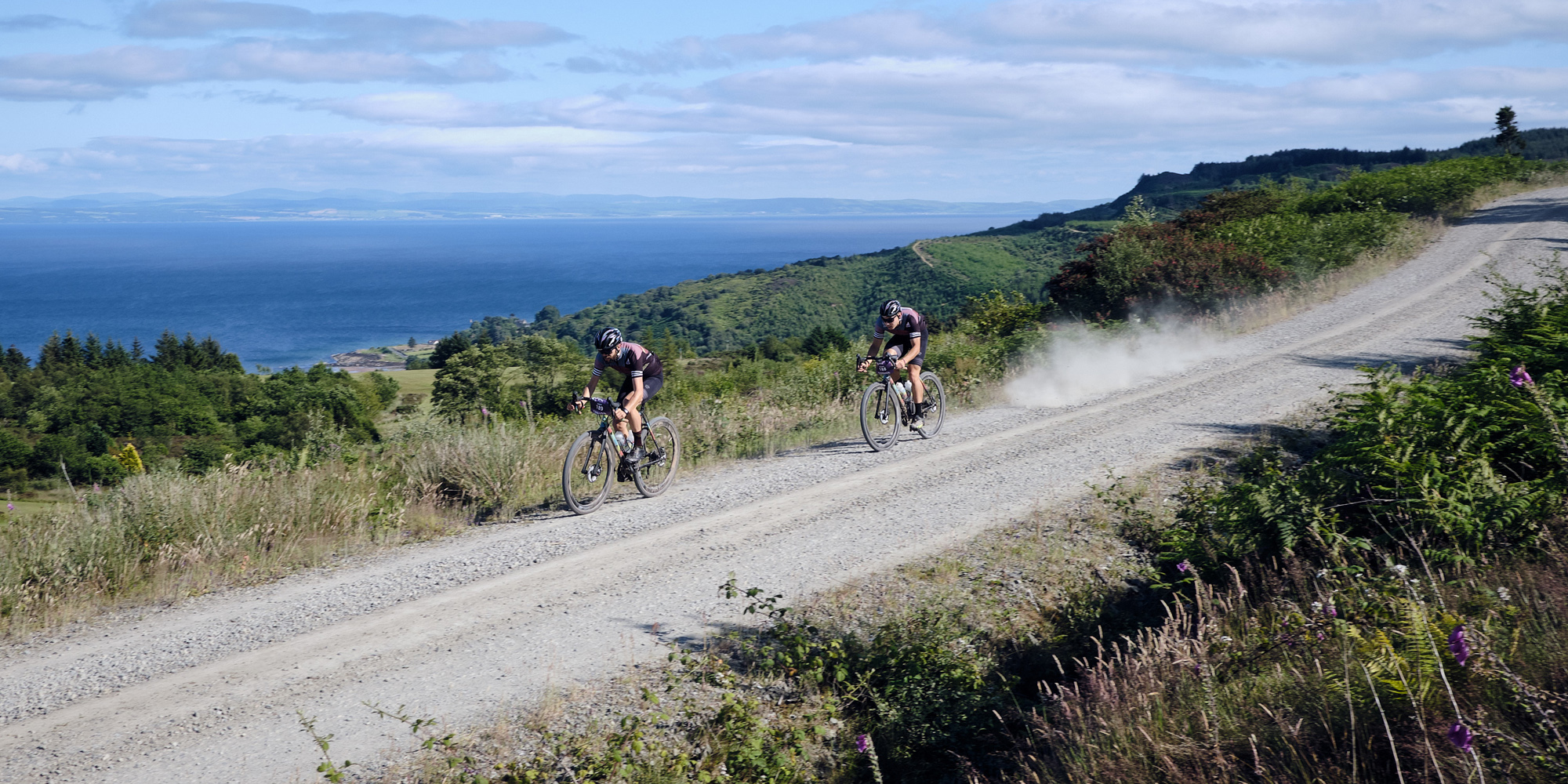 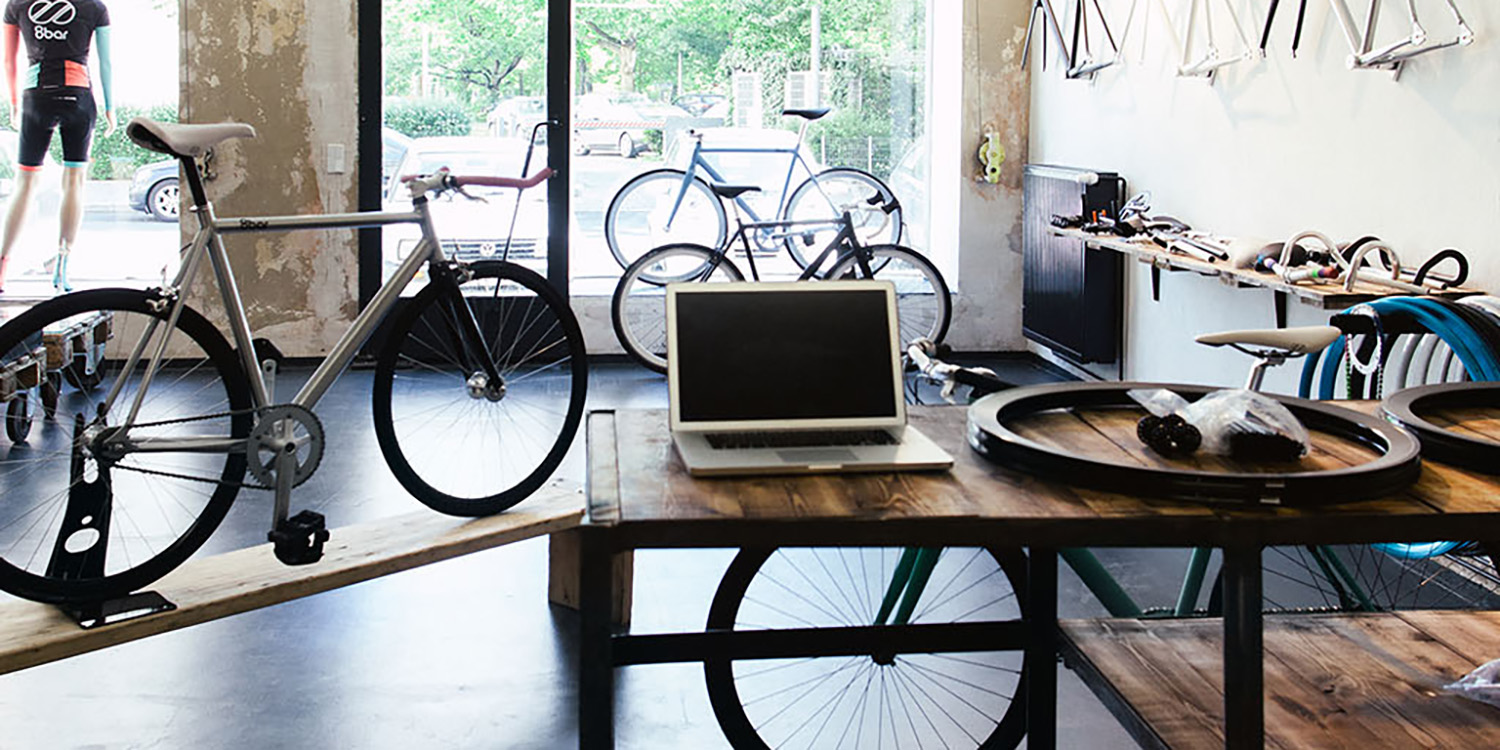